The number of these species and their possible effect on the population is monitored by counting hibernating specimens in the previous few years, and the results can be seen in the table below.
It also must be stressed that monitoring is also performed in Dumenčić Cave, which is part of the European Ecological Network, and winter counting in other caves where the presence of bats has been recorded is also planned in order to obtain better insight into bat populations on the territory of the Municipality of Rakovica.

Monitoring – winter counting of bats on the territory of the Protected Landscape of Barać Caves and the Natura 2000 network is performed by the park ranger of this institution – Slaven Vuković, bacc.ing.agr. in accordance with official forms and the Manual. 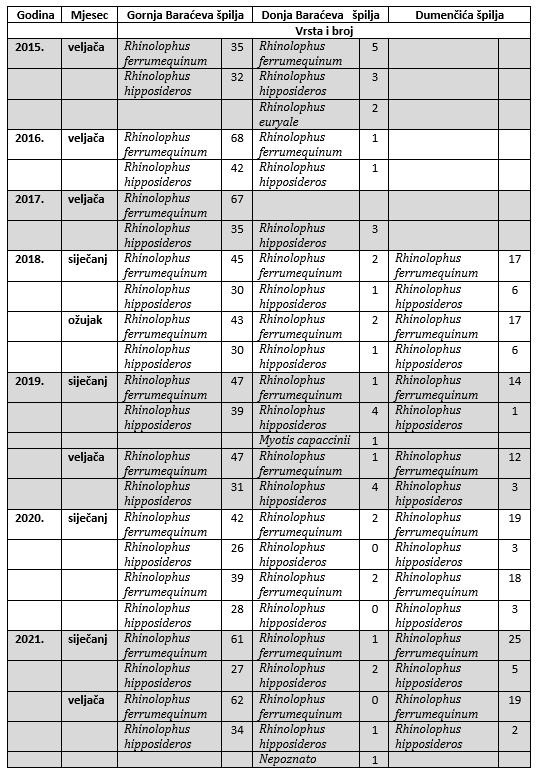