The building of the Centre of Subterranean Heritage ‘Speleon’ will extend over 1200 m², out of which 850 m² will be used as a space for a permanent exhibition presenting the site’s natural and cultural heritage from four points of view – speleological, geological, archaeological and palaeontological. The project will include artwork on the theme of Barać Caves and five other speleological sites managed by this Public Institution, created and presented using state-of-the-art multimedia technologies and IT solutions. The artistic team was given a unique opportunity to adapt the architectural design to the exhibition content, which is rarely done in similar projects.

The main exhibition themes have been selected in a way to appeal to visitors with various interests, and organised in logical thematic units for ease of reference. The exhibition content is divided into two thematic and interpretation units: general biological and geomorphological characteristics of the site presented on the ground floor of the centre, and a showroom in the basement. In this way, the visitor first becomes familiar with the themes, learns about the general concepts and characteristics and then, by moving further underground, to a part of the basement with exhibits, has an opportunity to experience the things they heard and read about through a series of multimedia presentations, a sensory chamber and similar captivating exhibits.

The entrance has been designed in the form of a glass wall that imitates the “opening” of a cave entrance. The filigree layout of the perimeter rooms of the exhibition space, with a large polyfunctional central hall, is also inspired by the interplay between underground cave halls and avenues.

The exhibition will include state-of-the-art multimedia interpretational technology including various scale models and replicas, LCD screens, smartglass, animation, multitouch screens and an atrium with hyperrealistic models of exotic animals that used to inhabit the area in the Ice Age, such as the cave lion, the cave bear, and the rhinoceros.

In the main hall, a documentary film will be screened that shows what the Barać Caves area used to look like in the Ice Age. The film includes an animation of all animals found on the site, starting from the visualisation of the Earth during the Ice Age, then moving on to Europe and finally to Croatia, and the animation will show the environment typical of the era.

It is important to highlight that the future Centre can also help disabled people to experience Barać Caves in a way that would be impossible at the site itself.

A special feature of the centre are sensory chambers that enable the visitors to experience the underground world with all their senses. In addition to the permanent exhibition, the visitor centre will also contain a multifunctional hall, a showroom, a children’s play area, a speleological library, a refreshments area, a souvenir shop, a depot and a parking lot. 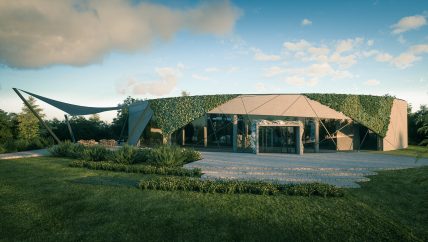 Introduction to the project

The visitors of the Centre of Subterranean Heritage ‘Speleon’ will have the opportunity to learn about the site’s natural characteristics. One of the project’s main objectives is to build awareness of the need to preserve the natural world and the importance of sustainable interaction between people and nature. 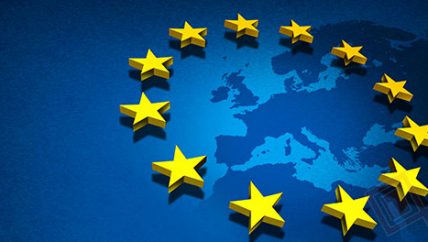 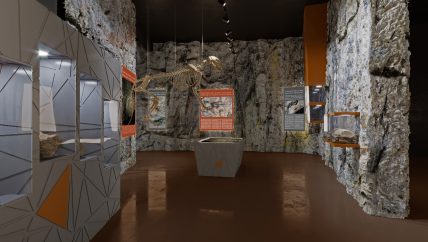 The website design was partly funded from the EU Competitiveness and Cohesion Fund. The website content is the exclusive responsibility of the Public Institution Barać Caves.